For those of you who celebrate Thanksgiving, I hope it was wonderful. Although it’s not a tradition I grew up with, it’s one I’ve eagerly embraced since moving to America. What’s not to love about a 4 day weekend in which you eat lots of food and spend time with those nearest and dearest to you? And, unlike Christmas, everyone, no matter their background or circumstance, can find some relevance in this holiday. Despite technological advances we are still very much dependent on the land for our food and we all have plenty to be thankful for.

Embracing the holiday itself is one thing but it did take me a few years to start introducing traditional American foods into my Thanksgiving dinners. I generally don’t like my main course to be sweet and it seemed like the majority of traditional dishes were sweet, sweet potatoes with marshmallows being the obvious example! However, last year I managed to put together a fairly traditional meal with all savory components so this year I decided to experiment a little more. 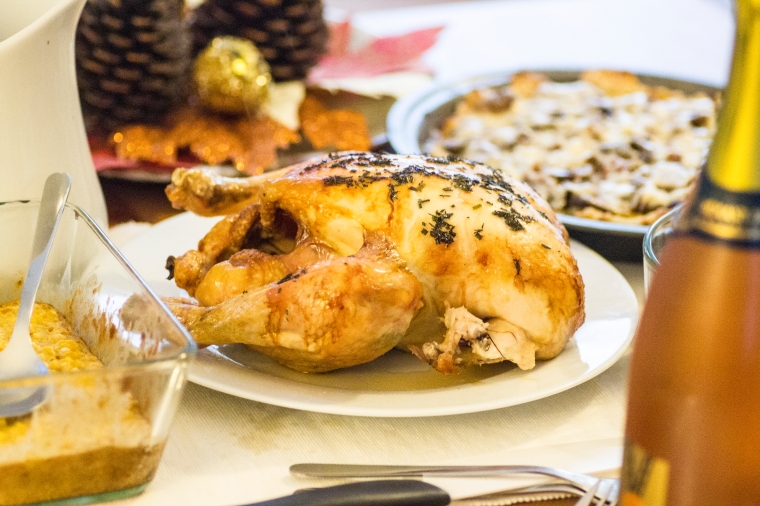 Obviously I roasted a bird with stuffing but I did a chicken instead of a turkey because I prefer chicken and because I was only cooking for 2. I really like corn casserole but the recipe I used last year was too sloppy so I did some experimenting. I tried to find a good recipe online but I got really frustrated at not being able to find a single recipe that didn’t call for boxed muffin mix. Unfortunately my experiment resulted in something more like cornbread which I felt was a bit dry so I’ll need to fine-tune that recipe for next year. I’d come across this recipe for butternut squash, mushroom and gruyere tart online and been itching to try it out but it looked very labor intensive so I figured Thanksgiving was the perfect day to make it. I was right, it took a really long time to make and I was a little disappointed with the result, which was very greasy. It tasted great though but was so rich it really deserves to be a whole meal on its own. We each ate a tiny portion with our Thanksgiving dinner and I’ve frozen 2 more full-sized portions each for the future.

With all the carbs in the tart, stuffing, and the corn casserole (and in dessert) I decided not to cook any potatoes but I did add 2 more veg, in the form of green beans fried in garlic and prosciutto-wrapped asparagus. The asparagus was another dish I’d been wanting to try but I don’t think I’ll be making it again. Neither of us love asparagus and the addition of prosciutto wasn’t enough to change that, in fact I didn’t really feel like it enhanced the dish much.

As I mentioned last week, I let my sugar rules lapse for special occasions, mostly because I want an excuse to craft exquisitely delicious desserts. While it is still possible to make tasty desserts without sugar, they aren’t quite in the same league as ones made with the toxic white stuff. I was determined to make the most of this brief opportunity to use sugar, whilst still cooking something fairly traditional. I know pumpkin pie is the ultimate in traditional Thanksgiving dessert but I think apple pie also qualifies. This one is actually really easy and you don’t even need a pie dish. 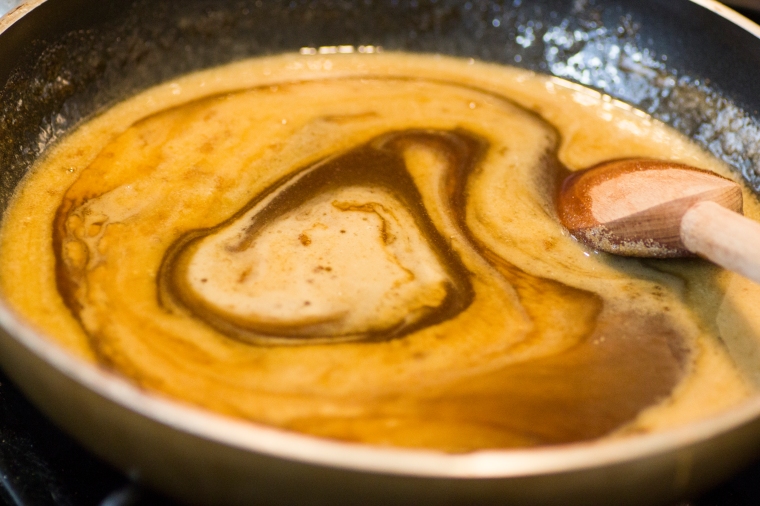 I started by making caramel sauce using this recipe (double cream is the same as heavy cream and caster sugar is fine granulated sugar but pretty much any sugar will do, I used brown sugar). You get much more sauce than you need so I’ve stored all my excess in jars and I have plans to use it up over Christmas. It’s another thing that would make a good gift in a pretty jar and you don’t need to do anything more complicated with it than simply pouring over vanilla ice cream. 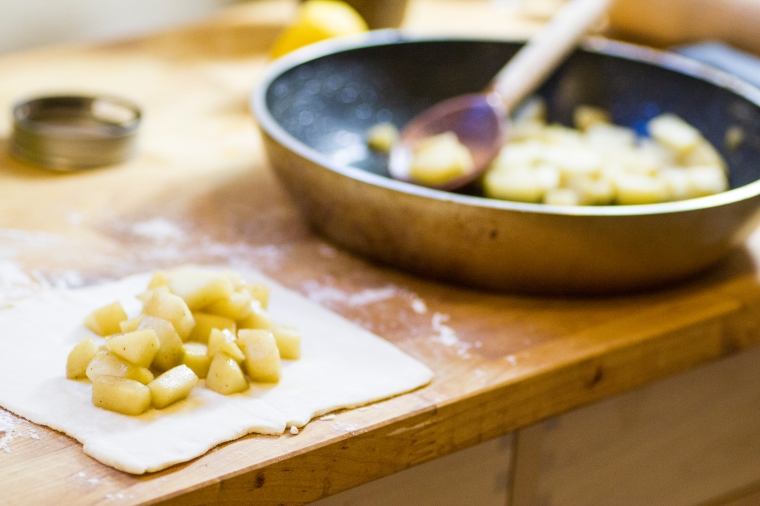 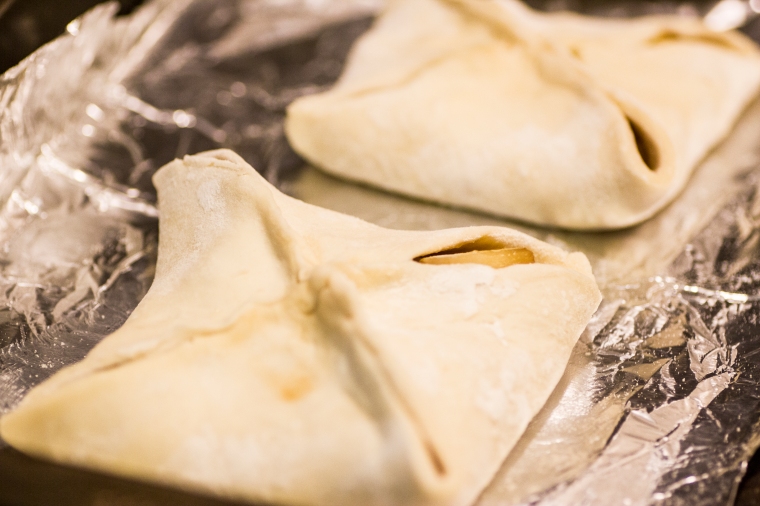 Preheat the oven to 400F and grease a baking sheet. Peel and chop the apple into chunks and very lightly saute with the butter and spices. Roll out the pastry and cut into 2 equal-sized squares. Spoon the apple into the center of each piece of pastry and pour the caramel sauce on top. Fold the corners of the pastry into the middle and use a little water or milk to help stick them all together in a peak at the center. Gaps closer to the corners are fine. Brush the top with milk or beaten egg and bake for about 20 minutes until golden brown. Serve hot with cream or vanilla ice cream and even more caramel sauce if you’re feeling indulgent! 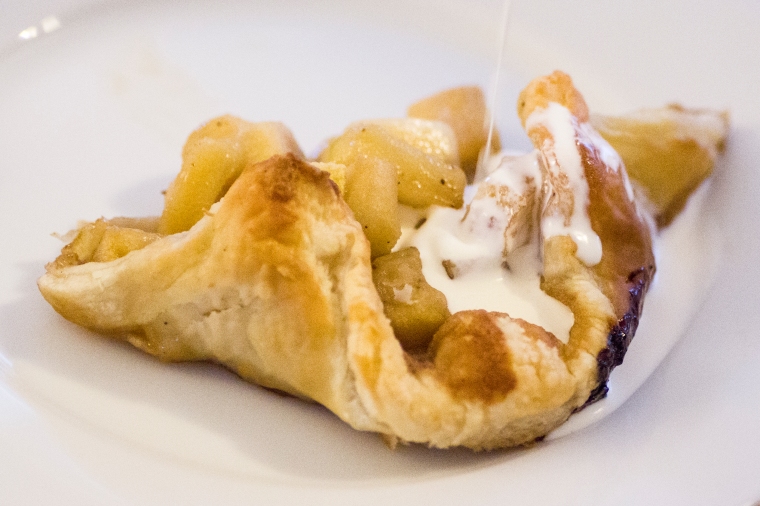 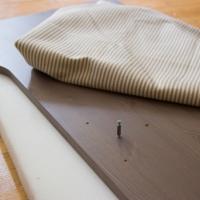 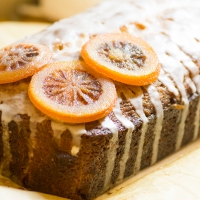 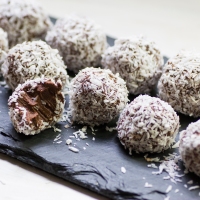 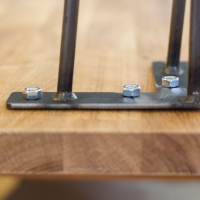